This Bridgeport series II Interact 2 machine had worked fine since I acquired it in 2003. It had a Heidenhain TNC 151 control that is easy to program in either of 2 languages. The controller has features to machine contours and pockets and is easily programmed without CAD/CAM tools. Recently when I went to finish a job that I had started I found the control would no longer initialize. After checking the power supply, some of the voltages looked wrong. I don't have schematics for the controller so this seemed like a good time to upgrade the control to EMC2. 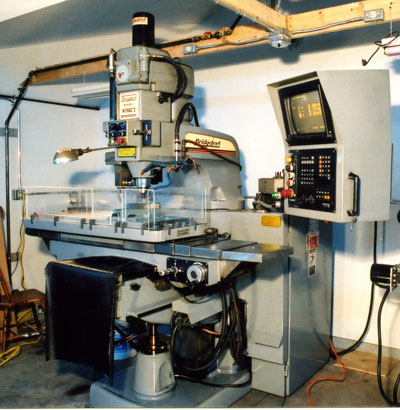 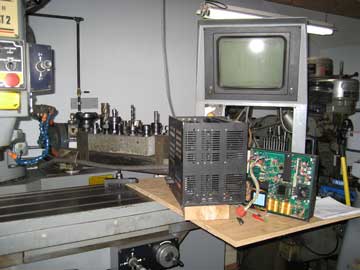 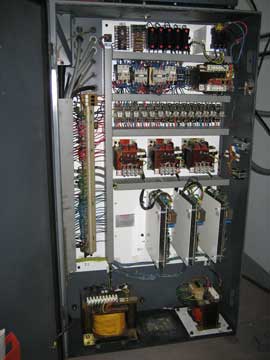 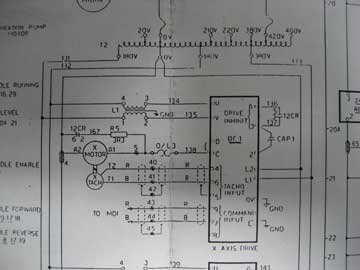 The schematic picture shown above shows one of the servo drives. Note that these servos use an analog +/- 10V velocity command for input and use a tachometer on the motor for velocity feedback. This should make the control relatively easy to setup as I only need to close the outer position loop with EMC.

The new PC motherboard was the ECS Goal-3 referenced on the Linuxcnc web site. For I/O I selected the Mesa 5i20 with one 7I33TA and one 7I37TA. In the future I hope to use a drive for the spindle and add a spindle encoder.

For the initial setup I just used halrun with a test hal file. This way I could test to see that the motors moved according to the command signal and check the position encoder feedback. This was the first setback in the project as I found that the Heidenhain encoders produced analog sine and cosine 125 cycle/revolution output signals. So to handle the encoder output problem I took the encoder interface board from the old Heidenhain controller and mounted it on the back of the cabinet door close to the PC. The Heidenhain board then outputs 625 A quad B digital cycles per revolution giving a resolution of 2500 counts per revolution. The ball screws have a 5mm pitch and are driven by a 2:1 timing belt reduction from the motors. So 2500 counts of the encoder represents 2.5 mm of motion or .001mm per count. 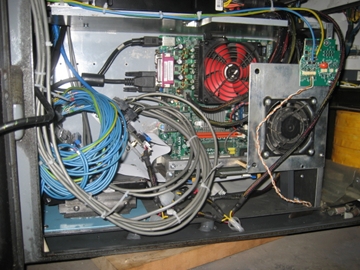 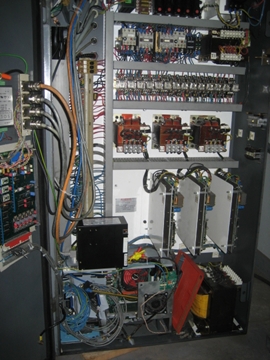 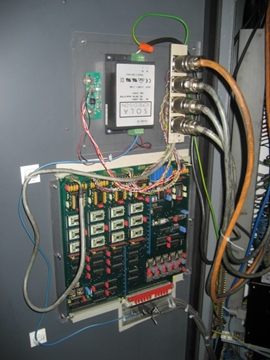 After I had the new control running I needed to have a display and keyboard. I decided to use the existing pendant. I have a 17" LCD display which just fits in the width of the pendant. So I needed to do some cutting and welding to get the display to fit. With the 17" display there was no room left for some of the buttons that I wanted from the old controls, so I added a 3" X 3" square tube to mount the buttons. 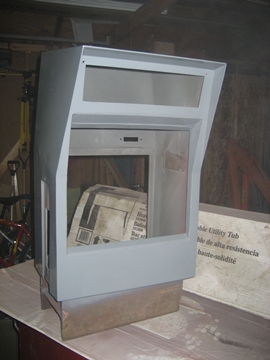 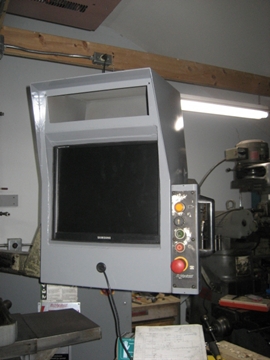 Finally I had an industrial water resistant keyboard that I wanted to mount on the front of the pendant. I used the cnc machine to make some mounting brackets that use 1/4" pins so the keyboard can easily be removed if necessary. I needed to fill the hole in the top of the pendant with something so I painted a piece of 1/4" acrylic black then cut the "EMC2 AXIS" with a .031" dia end mill and put a small light behind it. 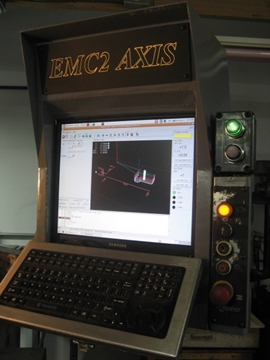 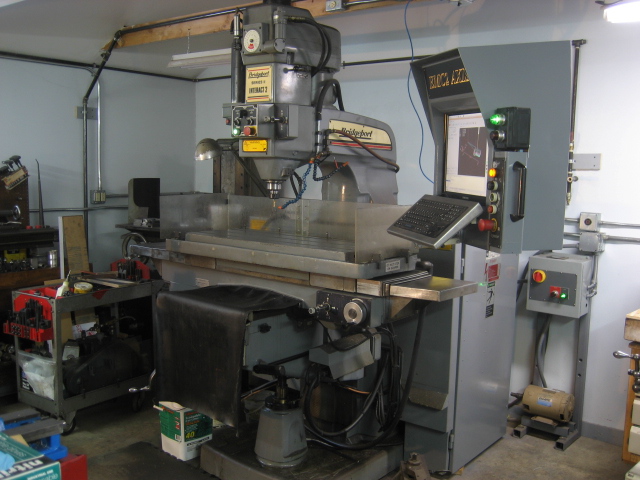 For others that may be doing a similar retrofit you may view my hal files. Some of the things I added to the hal files allow the use of external start and stop buttons. The machine has an x-y joystick plus a z joystick each with a center "rapid" button. Also I have an encoder input. The gains for the joystick and encoder can be adjusted up or down using unused keyboard keys or buttons added to the Axis interface panel.